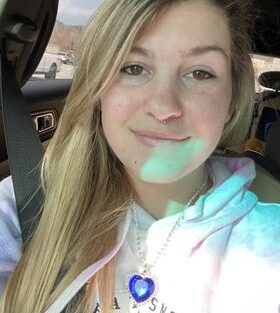 On July 7, 2022, family of Taylor Haynes received word from a man who Taylor had been staying with since her separation from husband Austin Haynes in February. This man, Michael “Cruz” Horton said that Taylor had left the friend’s house they had been staying with and he had not seen or heard from her for about 2 weeks. The following day, Taylor’s mother filed a missing persons report with the Decatur, Alabama Police Department.

So far the investigation reveals that Horton did not personally witness Taylor leave the residence on South Seneca Drive in Trinity, AL, but that the person they were staying with told him Taylor had left on foot and was going to the Dollar General in Trinity to see about getting a job. It has not been confirmed that Taylor made it to Dollar General, but she did visit another nearby business and asked about a job. The clerk at that store asked for her contact information so the owner could reach out to her, and Taylor told her she had no phone, but left her name with the clerk. This occurred on or about July 4, 2022. Another individual on John Johnson Drive in Trinity has reported that Taylor and Horton stayed in his yard a couple of nights and at one point he drove the pair into Decatur to look for work and try to get on food stamps, but they weren’t successful because neither had identification. This gentleman is certain this occurred in July, around the week of the 4th.

Several reports have been received indicating that Taylor was seen getting rides from people in the Decatur and Trinity area, and there are indications she has been in Decatur, Hartselle, Moulton, Cullman, Danville, Wheeler Wildlife Refuge, and the Bankhead National Forest. Prior to June 11, 2022, Taylor and/or Horton may have been seen traveling in her White 2016 Ford Fusion, which was involved in an accident within Bankhead and totaled that day; they may have been seen in a red 2008-2010 Dodge Ram 1500 Crew Cab after June 11, 2022, and Taylor may have been given rides by other people as well. Taylor’s phone was reportedly damaged and unusable in the June 11 accident and she reportedly has no phone at this time.

Taylor Haynes is a 25 year old white female, 5’1″, 145 pounds, with long brown hair that may have some blonde (dye) remaining in the tips and may be worn pulled up in a pony or pig tail style. She has brown eyes and a pierced nose (septum) with a horseshoe/bull ring. She has a tattoo of an arrow with an infinity symbol and the words “I love you more” on her left forearm, a feather with birds flying from the tip and the words “One day I’ll fly away” on her left shoulder, and a black tattoo on her left inner wrist of the letter “Q” and a heart (Queen of Hearts).

ANYONE WITH INFORMATION REGARDING THE WHEREABOUTS OF TAYLOR RENAE HAYNES IS ASKED TO CONTACT DECATUR POLICE DEPARTMENT AT (256) 341-4614, OR THE ECHO 7 FOXTROT CONFIDENTIAL TIP LINE (CALL/TEXT) (205) 282-0740.